Business and Economy in Churu 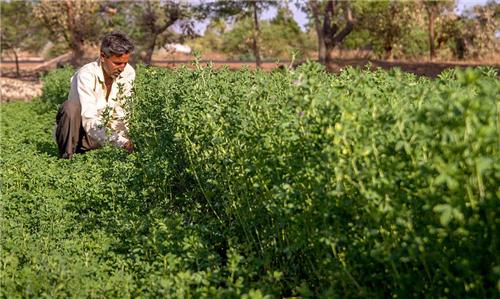 The economy of Churu town is primarily based on animal husbandry and agriculture. The mustard seeds are prominent crop that grows on well irrigated and small fields. Bajra, Kharif pulses, gwar are some of the other products.

Mandi is the main agricultural crop grown here. The town has Agricultural Produce Market Committee or Krishi Upaj Mandi Samiti. The warehouses of Food Corporation of India are also in this town.
Economic condition of the people is unsatisfactory. Based on the reports of 1998, around 28% of the population comprised the below poverty zone. They are mostly labor class working in construction, restaurant, industries, shops, transport and other sector. 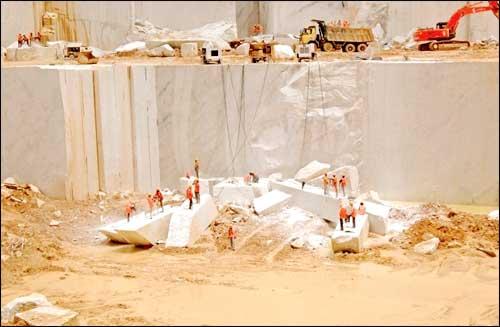 Development of the artisan units, village as well as the cottage has a huge significance on the development plans of the state as well as the country. The units receive inputs through incentives particularly from subsidy from government and loans at concessional rates from institutions such as RFC and KVIB. Apart from the artisans and cottage units that have helped in ensuring overall development, there are different liberal schemes by the SIDBI and NABARD through Cooperative Bank, Regional rural Banks and the Commercial Bank that has helped in overall development of the city.

The existing artisans and cottage units include forest based, livestock based, handloom based. Leather based and so on.

The Churu town is industrially not very developed, even though there are plenty of industrialists that hail from the town. Short supply of raw materials, water, infrastructure facilities, no pick-ups and industrial activities are some of the reasons behind the underdevelopment. According to reports, there are 247 registered industrial units that employ around 1000 workers. Most of the casting industries are located along the nearby railway station and Churu-Jhunjhunu road.