Despite being a low-profile town of Rajasthan, Churu is visited by tourists every year. It is famous for the shifting sand dunes in the desert, which attracts a lot of tourists, especially photographers. You can find attractive paintings and grand havelis like the Surana Haveli and Kanhaiya lal Bagla ki Haveli with several small windows.

There is the religious seat of the Sadhus. Here you can find life like statues of the deities. You can offer your prayers here. The Dharam Stup stands as a symbol of religious equality. A fort in the centre of the city was built around 400 years before. 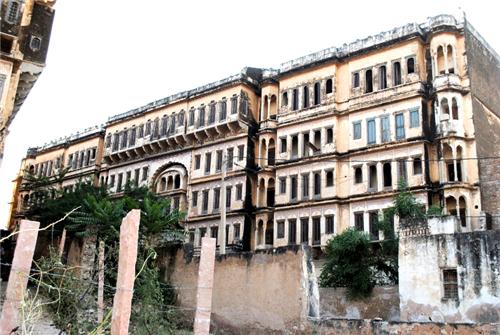 Churu is a place of tourist attraction. There are many tourist hotspots that people would love to visit. Among them are:

Tal Chhapar: It is a sanctuary is located in Churu and is popular for the engendered species  of deers called Black-Buck. You can also find many other animals here like different kinds of birds, rpjra, fox, jungle cat and chinkara. Previously the area was used for hunting purpose by Maharaja of Bikaner and it was called the wildlife sanctuary in 1962. It covers a total area of 719 hectars. It remains dry during the summers. During the monsoons you can see the lush green grasses here. Some of the trees that you commonly find here are neem, ker, ber, kjejri and salvadora.

Chhatriyan: The beautiful dome is in the city in memories of the rich merchants. “Aath Khambh Chhatri” is one such dome that is located in the western part of the vegetable market. The interiors are curved with murals and it is buried with windblown sand. You can see the other chatris alongside of Lohia, Bagla and Mantri merchant families.

Kothari & Surana Haveli: This is a magnificent structure developed by the Suranas and Kothari; the well known merchant families. It has a huge construction and is the finest example of excellent structure. The construction is an example of the finest architectures. The Malji ka Kamra was built by Malji Kothari in the year 1925. You can also find the huge Surana Double Haveli which has 1111 windows.

How to Reach Churu

The town of Churu is easily accessible by road. There is a meter gauge running in the town. You can avail of the trains, buses and taxis inside the city for moving from one part to the other for business purpose or leisurely travel.

By Train:
The railway station connects to different cities and states like Delhi, Jaipur, Bikaner and other few places. Most of the trains that pass through the station are passenger trains. You can hire autos from the station to reach Churu.

By Air:
The closest domestic airport is situated around 189 kms away from the Jaipur city. The airport connects to developed cities such as Delhi, Mumbai, Chennai, Mumbai and Bangalore. To reach the international airport in Delhi, you can hire a taxi. They charge around Rs 7 every kilometer.

The region has recorded temperatures below the freezing point during the winters. In summers the temperature reaches 50 degrees as well. You must not be surprised to see droplets of frozen water or small spots of water before dawn during December and January on the crops and vegetation. The nights during summers are cooler and the days in winters are warmer. The maximum and minimum temperatures do not vary much in Churu. 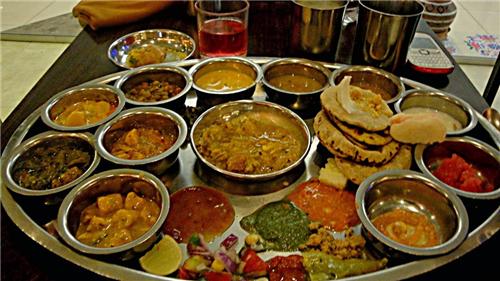 Eating Out in Churu

People in Churu are big foodies. The city is particularly well known for the roadside dhabas and restaurants around which serve mouthwatering and delicious local food. When you visit the city, you must taste the sohan halwa, jalebi, malpua, moong dal halwa, gulab jamun and the gajar ka halwa. Other specialties of the city includes puri aloo, traditional chole bhature and most of these are quite yum as well. Chotia Restaurant, Spices Court Restaurant, Hotel Green Park, Rathore Restaurant, Sagar Restaurant, Ojha Restaurant to name a few.

There are plenty of local shops that offer wide range of handicrafts, furniture, tie and dye and regional fabrics. The city boasts of thriving industry in antique souvenirs. There is a local market for millet, wool, cattle, gram, cottage and salt. The cottage industry includes pottery, weaving and leather manufacture. Some of the shops in the city are Main Market, Aman Shopping Centre, Shree Ganpati Shopping Center, Vinayak Shopping Center, and Naman Shopping Center. 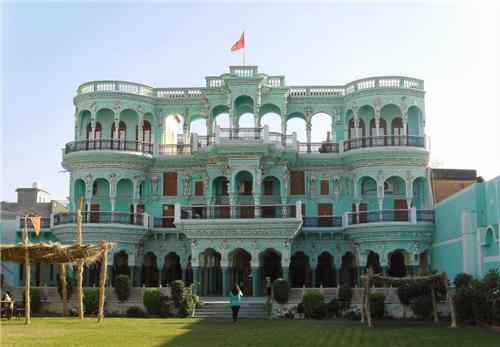 Best Places to Stay in Churu

When you tour around Churu, you can find budget as well as luxury hotels in and around the city. Some of the hotels that you can check in are:

Some of the tour operator services in Churu are: