The cuisine of Churu has had various influences in the past, including the Chhhappan bhog spread of the Rajputs and mouth watering Mughlai dishes. The mainstay of the local menu is however the myriad variety of vegetarian dishes; Churu is known for a bewildering array of Subzis, Dals, sweetmeats and the famous Bhujia prepared locally. The war like lifestyle of the inhabitants, the extremes in temperature and the scarcity of water and the resultant shortage of green plant species necessitated the development of a menu comprised of easy to make dishes which had ingredients that were available in the region. Here is a list of some dishes that are an integral part of Churu cuisine. 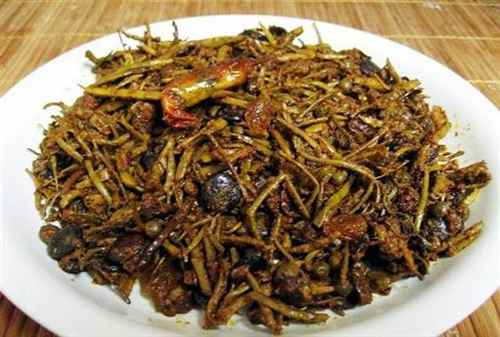 This dish is made up of two separate vegetables, the berry like Ker and the Sangri, which is a sinuous long fruit that resembles bean pods. It can be cooked in extra oil and spices to enhance the flavour. Cashewnuts (Kaju), asafoetida (Hing), red chilli powder, dried green mango powder (Amchur)and coriander (Dhania) are added to it to give it a unique tangy taste.

Gram flour (Besan) is a staple ingredient for preparing various dishes in Churu, and its most fruitful application is found in the preparation of Gatte ki Subzi. The Besan, cumin seeds and other spices are mixed in a mortar and pestle to make a batter which is then fried in oil in the form of long cylindrical strips. Smaller pieces are then cut out from these strips and mixed in a curry using curd as a base and you get a mouth watering dish with a sour taste that will tinkle your taste buds. 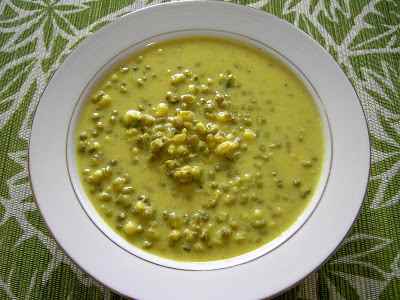 This is another mildly spiced preparation endemic to Churu and the neighboring areas, and is eaten for lunch as well s dinner.

Lentils play a titular role during the preparation of many dishes in Rajasthan, and is the primary source of protein for the mostly vegetarian population of the state. Mangodi is one such lentil preparation, made using split yellow gram (Mung Dal), asafetida (Hing) and ginger - green chilli paste.

Resembling porridge once cooked but salty in taste, Khichdi is the easiest dish to make in the menu and the one which takes the shortest time. It is rice and lentils mixed and boiled in a cooker till they melt and mix to make a yellowish broth.

Rabdi is the most prominent sweet dish in the region. It is made by boiling milk till it turns slightly pinkish yellow; then sugar, spices and nuts are added to it and then it is chilled and served cold. It is garnished with shavings of dry fruits.